Ball in Play Collection Made Easy with Sonra Live 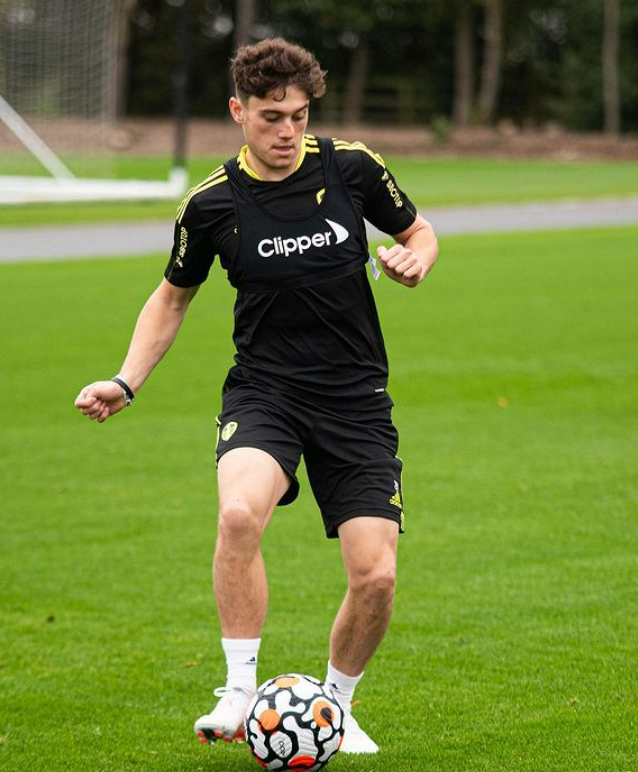 03 Dec Ball in Play Collection Made Easy with Sonra Live

GPS has become an integral tool in investigating match demands in sport, with training aiming to prepare players for these demands [1].

Research conducted to date has often not accounted for a key aspect relevant to match demands that players face, by including the time when the ball is in/not in play [2].

Periods of ball-in-play (BIP) have been found to account for ∼57% of total match time, in a study of 18 matches which included over 200 players [3].

Recent research into the match demands of football, whilst the ball is in play, has indicated that the average match demands increase during BIP periods, compared to whole match data [1, 2, 3].

The same correlation was found with when analysis was conducted with a group of elite academy players with higher intensity metrics occurring in matches with a higher BIP % [3].

Physical demands during BIP periods have previously been investigated in other sports, such as rugby union, rugby league and hurling, with each study reporting significant differences between average match demands and BIP demands for distance per minute and HSR per minute [4, 5, 6].

Through the Sonra Live iPad app, we can record BIP percentage in a real-time manner, without the need for time-consuming post-match analysis.

Recording the BIP percentage across the entire session and individual drills provides context for physical outputs across multiple drills and matches.

This information can then be used in training planning, by designing drills to ensure that their team is physically prepared to meet or exceed potential match demands.

Using BIP to design drills may be useful in sessions leading up to match day (MD).

For example, drills with a higher BIP percentage may be included in MD-4 sessions, where the aim is to increase physical load.

In sessions closer to matches, such as MD-2, the user may include drills with a lower BIP percentage, such as set-piece drills.

UTILISING THE BIP FEATURE IN SONRA

BIP is an easy-to-use feature integrated into the Sonra Live app.

In order to activate the BIP function on the Sonra Live app, the feature must first be toggled on in the Sonra Desktop app, then synced to the iPad app.

This can be done as follows:

Once Ball in Play has been enabled in the Sonra desktop settings, all future live sessions will have the feature enabled after syncing to the iPad.

BIP data is synced across to the desktop when syncing created drills. This is then applied to drills and further drills cut post-download.

Only players who played a minimum of 60 minutes were included in the investigation.

Across the 3 matches, BIP periods accounted for an average of 51% of total match time.

Total Distance, HSR Distance, and HML Distance were analysed across the individual matches. 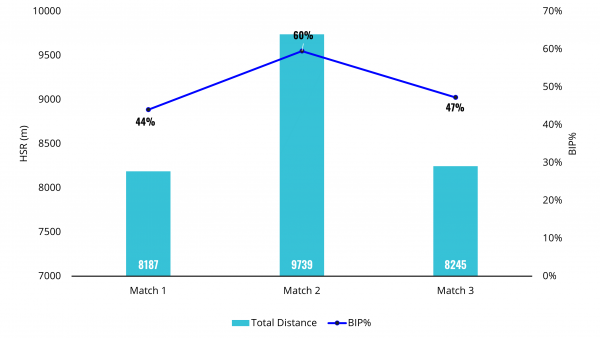 Recording BIP is a useful tool for providing context for match demands in soccer.

In matches with a higher BIP percentage, users can expect to see a higher total distance covered across the team.

This may have implications for training load monitoring, for example, allowing adequate post-match recovery due to the increased match load.

Practitioners may introduce set-pieces to lower the BIP percentage, allowing the team to recover and organise between BIP periods.

Users can also utilise the BIP feature to design drills based on the playing style of the team.

For example, users may implement drills with a high BIP percentage in order to replicate a high tempo playing style.

To do this, set pieces may be removed from drills, or ‘feeder roles’ are assigned to coaches or players to ensure the ball is returned to play as quickly as possible to maintain a higher BIP percentage.

The BIP feature may also be applied in the return-to-play phase of rehab, as it allows the user to periodically increase the session volume and intensity, with the aim of eventually exposing the player to match demands.

Drills may be created by the user based on match BIP periods, including rest periods to mimic a match scenario.