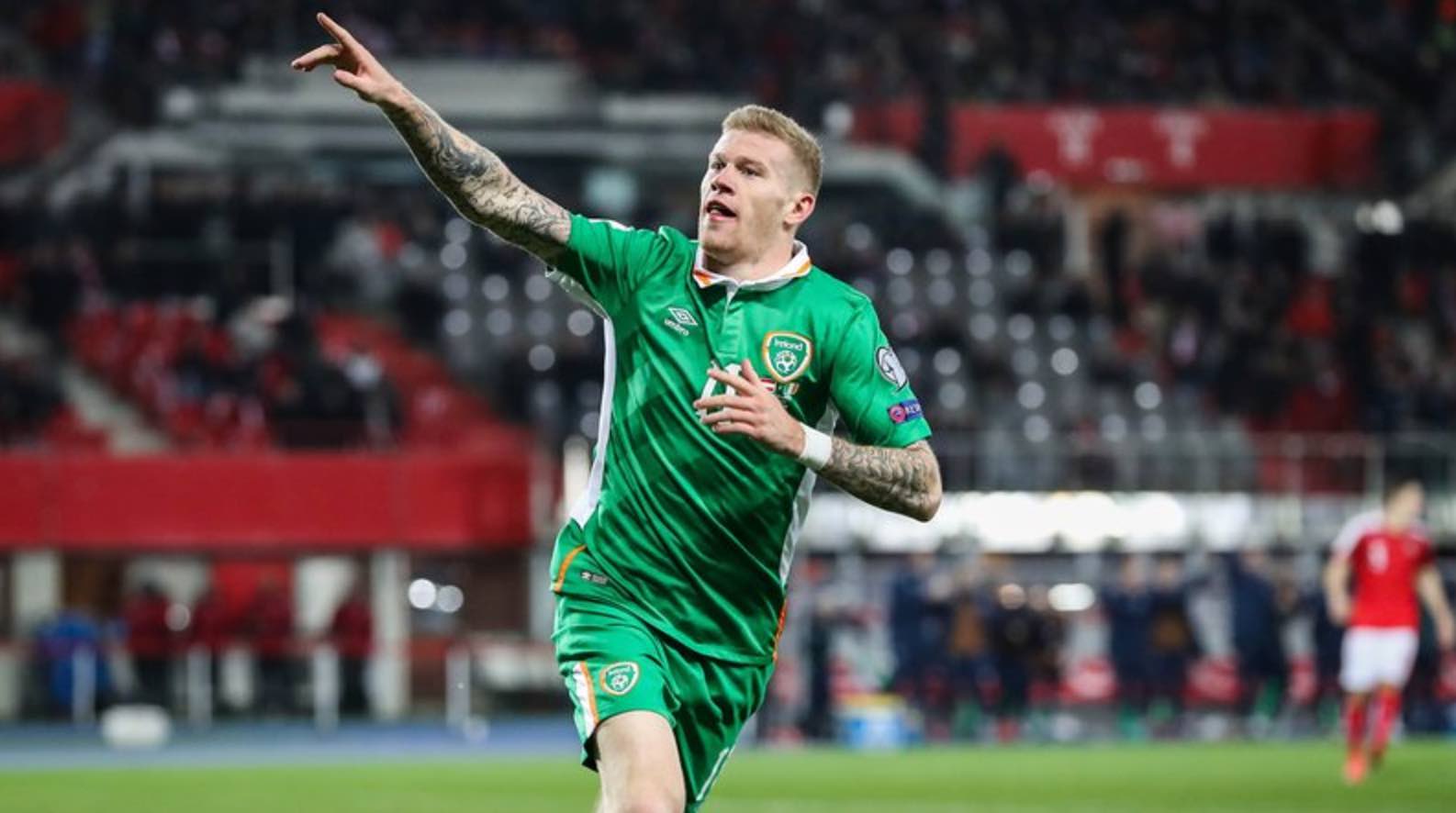 The 2018 FIFA World Cup Qualifiers return this week and there’s a huge game in Dublin as STATSports clients Ireland & Wales face off at the Aviva Stadium on Friday night. With both teams arguably being the favourites to finish top of Group D, there’s a huge amount riding on this game and even more so with this being the last qualifying game until June.

Ireland currently sit top of Group D with 10 points from their first four fixtures and had an historic win last time out against Austria. James McLean was the match winner back in November in what was Ireland’s first win over Austria since 1963. Wales will be hoping to get their qualifying campaign back on track after disappointing draws at home to Georgia and Serbia however they still remain unbeaten with three draws and a win from their first four fixtures and will be boosted by the timely return of their talisman Gareth Bale. 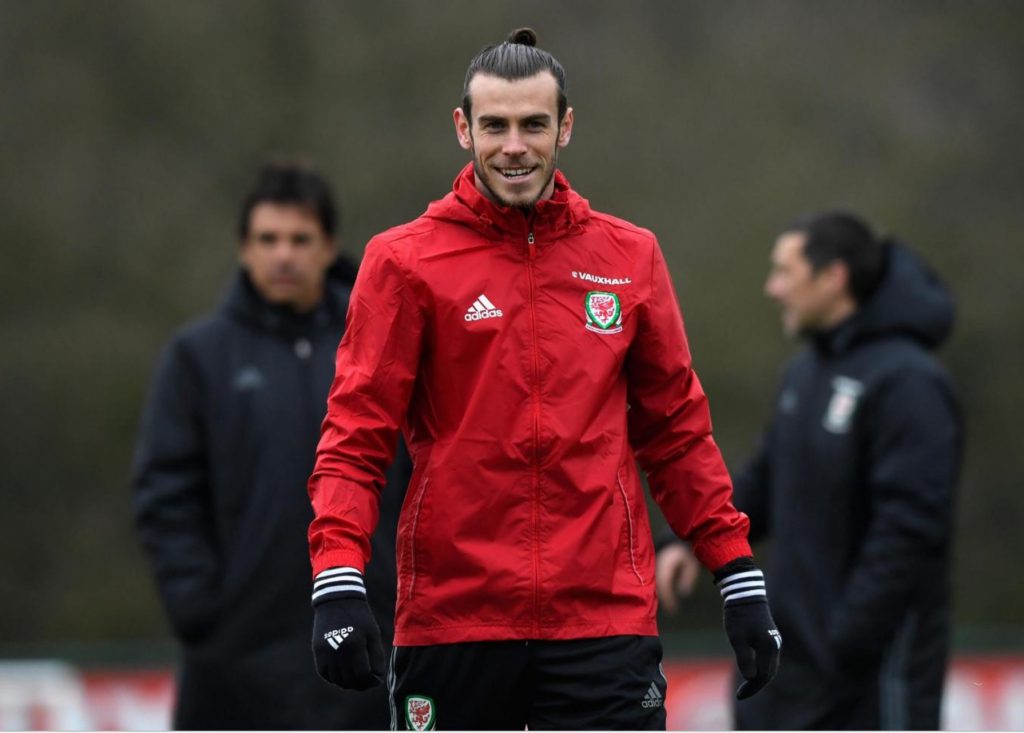 Ireland are sweating on the fitness of captain Seamus Coleman and can’t afford to lose any more key players having already lost Wes Hoolahan, Ciaran Clark, Harry Arter and Robbie Brady to injury and suspension. One positive for Ireland though is the form of Aiden McGeady who has been one of Preston’s players of the season whilst his Preston teammate Daryl Horgan will also be hoping to claim his first international cap after nailing down a starting place since his move from Dundalk in January.

Wales will be heading into this game knowing it’s must win and will be relieved to have Gareth Bale back fit. Bale has been directly involved in 82% of Wales’ goals since the start of their 2016 European Championship Qualifying campaign back in 2014 and will be the one player Wales can rely on to create chances. Wales have a solid spine to their team with Ashley Williams at the back and Joe Allen providing Aaron Ramsey with the license to attack alongside Bale. Wales have adapted well to a change of system having ditched their usual 4-4-2 set up before the Euros in favour of a more flexible 3-4-3 or 3-5-2.

Bale and Ramsey provide good width which in turn allows their fullbacks to get forward at every opportunity. Ireland will be aware of this though and will most likely set up to attack on the counter with Shane Long’s pace up top being Ireland’s major threat. Seamus Coleman is always a threat down the right wing so Wales will be hoping to nullify this. Ireland began their qualifying campaign using a 4-3-3 formation but in recent games have preferred to play two up top with Jonathan Walters and James McLean leading the line against Austria. Given Ireland’s lengthy injury list, we could see a less than familiar set up. 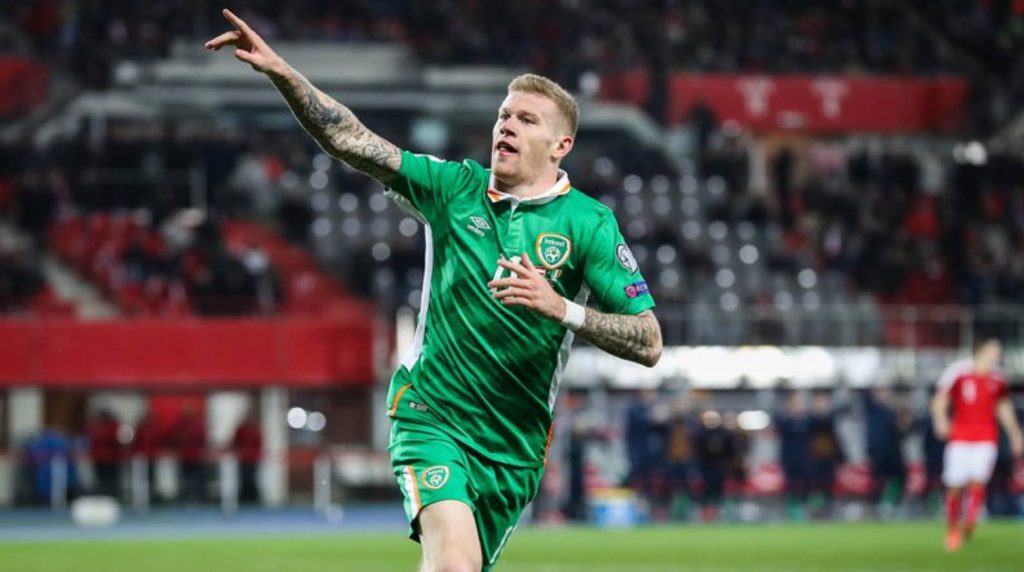 One thing that should be expected on Friday evening is goals. Ireland have failed to score in just one of their last 19 matches whilst Wales have scored in all bar one of their last 11 with Bale and McLean leading the Group D goal scoring charts with 4 and 3 goals respectively. The two teams last met competitively in 2007 during the Euro 2008 qualifying campaign in an entertaining 2-2 draw in Cardiff.

During the Euros last summer, 22% of Ireland’s passes were long passes and they also averaged only 45% possession per game which tells a lot about the way Ireland play when they come up against decent opposition. Wales had a slightly higher average possession with 48% and a slightly lower long pass percentage of 18% so there isn’t a huge amount between the two teams when it comes to how they play however Wales do create more. Both teams have the ability to cause the other problems but it will be the midfield battle that will be key to deciding this game. Wales definitely have the edge in terms of overall quality with Bale, Ramsey and Allen in the middle of the park, the latter two making the team of tournament at the Euros. 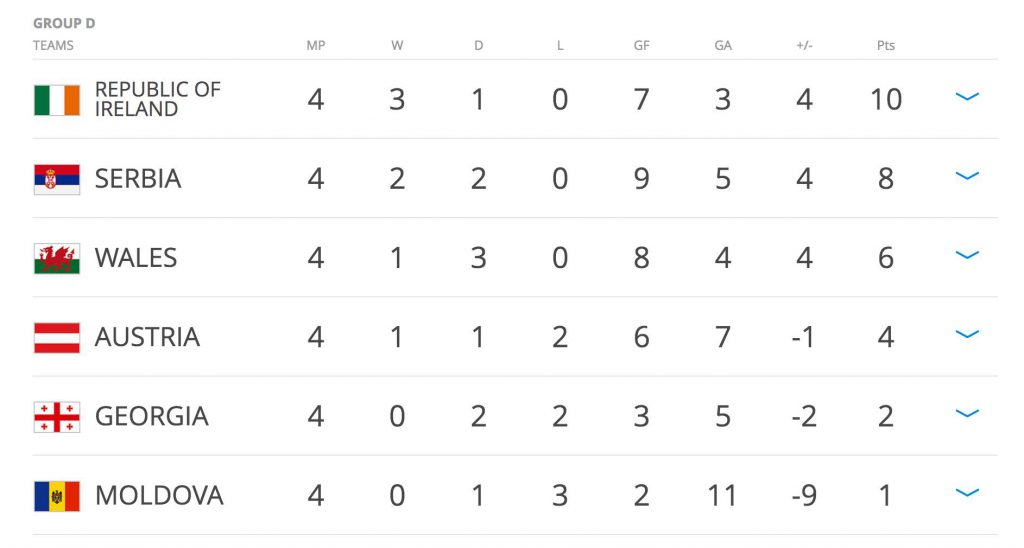 Ireland shouldn’t be overlooked though with vibrant players like McGeady and Burnley’s Jeff Hendrick capable of creating chances. In terms of attackers, bar Bale there is little between the two teams. Jonathan Walters can add a different type of threat if its required for Ireland whilst Wales have the likes of Sam Vokes and Hal Robson-Kanu to lead their front line which leaves the two teams fairly even when it comes to attacking threats.

Both teams are certainly capable of taking all three points in what should be a closely contested and entertaining battle.