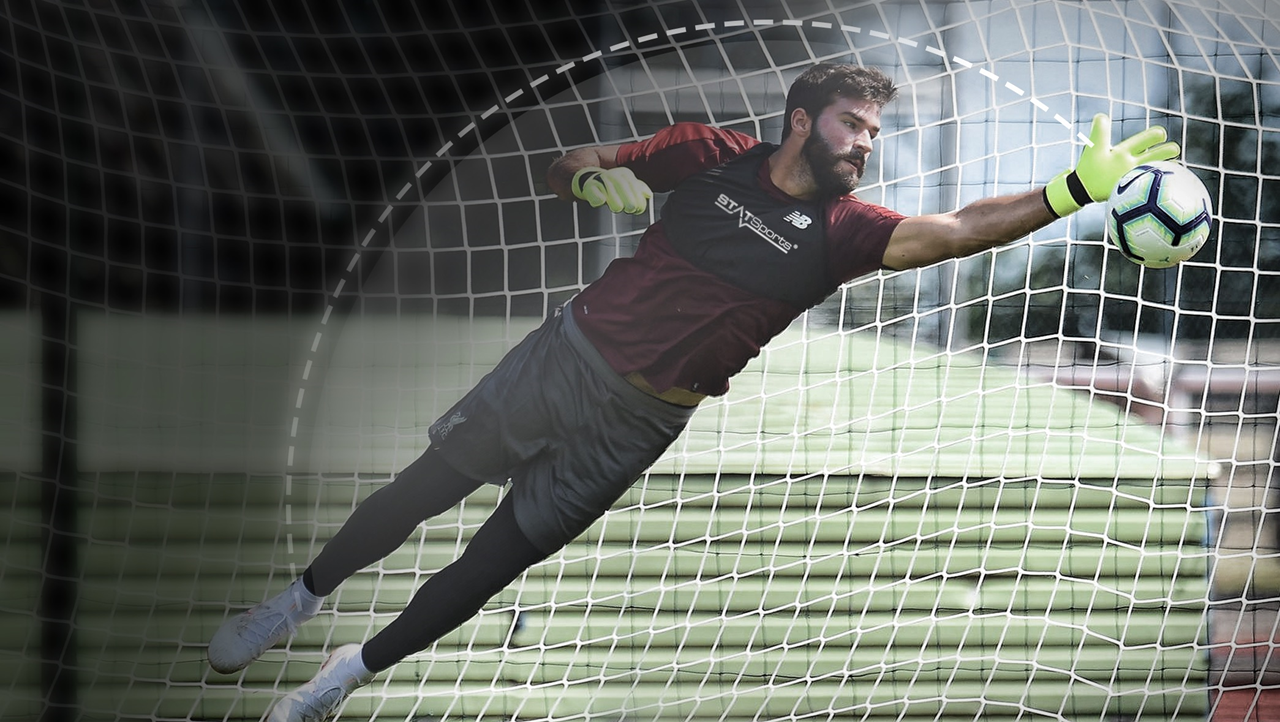 The STATSports Sonra GK package uses a proprietary algorithm to detect when a goalkeeper has performed a dive, which direction the dive occurred in, and a range of metrics during the dive itself, such as the impact and magnitude.

Several bespoke metrics specific to goalkeepers have been created as a result of the ability to identify these goalkeeper-specific actions. These metrics include GK Load, Average GK Power, Average Dive Impact, Return to Feet amongst others.

As all metrics within the goalkeeping software package are derived from the identification of dives, it’s critical to validate the ability of the algorithm to accurately identify these events.

Currently, no peer-reviewed studies exist for any goalkeeper-specific wearable device or software package regarding the ability to accurately detect dives.

The purpose of this internal white paper is to assess the validity of the Sonra software in identifying goalkeeper dives in an applied environment with a professional goalkeeper.

Any Apex unit can be used to calculate goalkeeper metrics, the “Download as GK” option was selected at the download screen.

Video was captured for the duration of the goalkeeper training activity and synchronised with the data set in the Sonra Video Manager.

Once synchronised, video-observed dives were tagged using the software’s tagging functionality and labelled as left or right dives.

The integrated GPS and Tag Timelines allowed for direct comparison of video-observed dives and those detected from the algorithm.

Dives were compared by a). detection of a dive at the correct time-series and b). agreement of the direction of each dive.

The goalkeeper performed a total of 21 video-observed dives. Of these, 12 were performed to the left and 9 to the right.

The synchronisation of the GPS and video timelines showed that the Sonra GK algorithm had perfect agreement with the video-observed dives, with the algorithm also detecting 21 dives, 12 to the left and 9 to the right (see Table 1).

Synchronisation of the timelines allowed for each individual dive to be referenced against the video to ensure the absolute count of dives was not offset by false positives/negatives, with each event in the timelines in agreement. 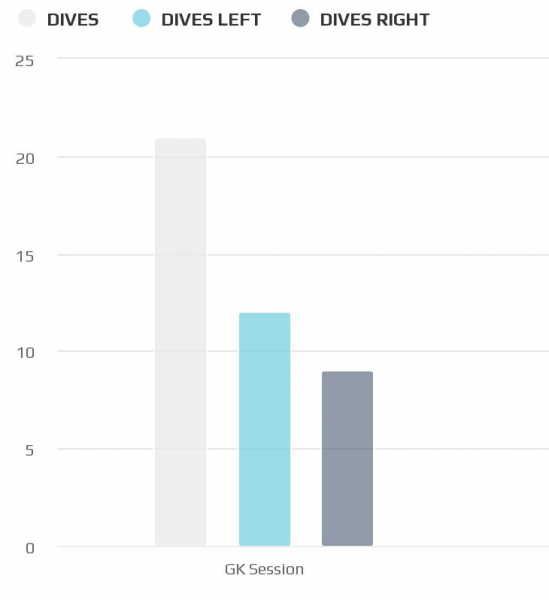 The current investigation observed dives in an applied environment with a professional goalkeeper performing dives from dynamic starting positions.

Some dives were performed while changing direction or while the goalkeeper was in stride, but the nature of the starting position did not seem to influence the algorithm’s ability to detect the dive or determine the direction.

Metrics such as GK Load and Average GK Power are calculated during dives only, and as such it is critical that dives are accurately detected in order to quantify goalkeeper specific load.

Perfect accuracy for dive detection and direction was observed in the examined session, and all timestamps for each dive were in sync between the video-observations and those obtained from the algorithm.

Based on the observations of this investigation, the Sonra GK package has shown to be a very accurate tool in the detection of dives in an applied environment with a professional goalkeeper.

If you are an individual player who wants the same world leading technology that is used by over 500 elite teams around the world, you can purchase Apex Athlete Series.