Who are the key players in the Rugby World Cup Final between England & South Africa? 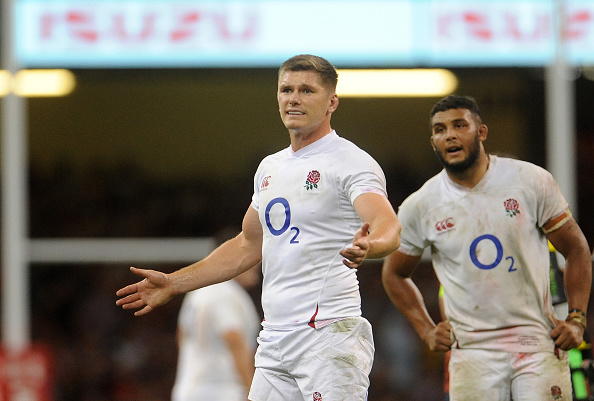 01 Nov Who are the key players in the Rugby World Cup Final between England & South Africa?

Posted at 10:08h in Rugby by Cian Carroll
Share

Saturday’s Rugby World Cup Final between England and South Africa at the Yokohama International stadium sees a repeat of the 2007 finale.

The Springboks were victorious on that occasion, but it is England who will be strong favourites this time around. Twelve years ago, the showpiece was very much a tight, tense affair, and this weekend is expected to be no different.

Both sides are packed full of powerhouse athletes in terms of physical strength and rapid speed. Ahead of the match-up between our two clients, we look at the key men for each team and where the game could be decided.

The Leicester Tigers speedster has been a stalwart of the England backline now for several years. With a max speed of 37.71kmph, May is one of the fastest rugby players on the planet.

"There's no reason why I can’t keep improving, that’s what motivates me.”

Yesterday was a day to remember for Jonny May, who scored twice on his 50th England cap. This is his story… pic.twitter.com/kAoBnBXm20

The 29-year-old already has three tries to his name in this tournament, and if the Chariot is to ride roughshod over the Springboks, May will need to be near his peak best to break a resilient and disciplined South African defence.

Much like in 2007, if this finale is decided by the boot, huge responsibility rests on Owen Farrell’s shoulders. The Saracens out-half had an iffy start from the tee, but has grown into the tournament, scoring 46 points.

Farrell has been deployed at centre by Eddie Jones, utilising both his play-making ability, and fantastic defence.

For England to win this, Farrell will need to be on top form.

As back row forwards go, Underhill is arguably the best around in world rugby right now. The Bath flanker’s ferocious performance against New Zealand in the semi-final underpinned that status.

Forward packs per game average around 300 impacts – and in England’s case, Underhill may well account for at least a third of that figure considering he’s made more tackles than any other English player with 62.

Jones will be hopeful his incredible tackling in broken play, and unnatural scavenging ability at the breakdown will help turn over the Springboks.

Boks’ coach Rassie Erasmus will be delighted that his star man Cheslin Kolbe is back for the final after missing the last-four clash against Wales.

Kolbe has gained 218 metres from 17 carries at the World Cup, with his average gain of 12.8 metres the most of any player to make 10+ carries at the tournament this year.

A loss not just for South Africa, but for rugby fans all over the world too.

Spring heeled Springbok wing Cheslin Kolbe has been ruled out of the #RWC2019 semi-final against Wales due to the recurrence of an ankle injury…☹️pic.twitter.com/vLKEOgRVxW

Fit and firing, Kolbe can maintain an average speed of 33.66 km/h, and with that sort of pace, handling ability, and side-step, the Toulouse winger will be the key man in green and gold.

Faf de Klerk has arguably been the best scrum-half of the tournament. With his flowing blonde locks and small, stocky frame, Klerk’s sniping around the fringes have been a real feature of the Bok’s game.

The Sale Shark half-back has a decent box-kicking game, too. And with South Africa’s defensive abilities, De Klerk could have a big platform to work with against England.

The Boks have made more clean breaks (101) than anyone else in the tournament and Erasmus’ side will need clean, quick ball from De Klerk to create further openings against England.

South Africa may be underdogs coming into the final, but few will relish that tag more than captain, Siya Kolisi.

The Springboks’ game is centred around raw power, defensive stoutness, and set-pieces. The pack, led by Kolisi, have yet to lose a line-out in the entire tournament.

This clash should come down to which side can control the breakdown. If the Springbok forwards dominate the collisions and present ball to their incisive backline, England could be in trouble.

Kolisi’s leadership and athletic ability will be vital.

If you are a coach who wants to improve your team’s performance and prevent injuries. Schedule a free demo our team series software from one of our expert sports scientists by clicking here.

If you are an individual rugby player who wants the same world leading technology that is used by over 500 elite teams around the world.

You can purchase the Apex Athlete Series, allowing you to easily interpret your own training and game data through our iOS and Android app, without needing the support of elite sport scientists. How fast are you running, how much distance are you covering, find out by clicking here.