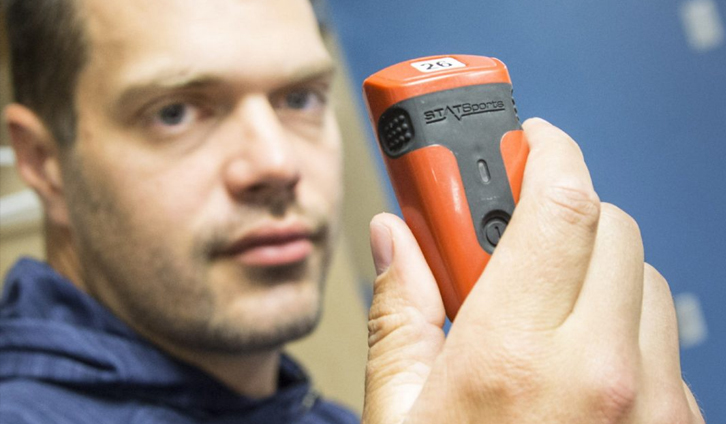 The Toronto Argonauts have adopted new technology (STATSports Viper) that combines GPS with an accelerometer through a pod, which helps the team track player workload through their jerseys, with the goal of preventing injuries.

A number of high-level soccer and rugby teams already have adopted similar technology, along with several NFL and NBA franchises. The Argos and the Hamilton Tiger-Cats are the first CFL teams to officially give it a try, according to the league office. 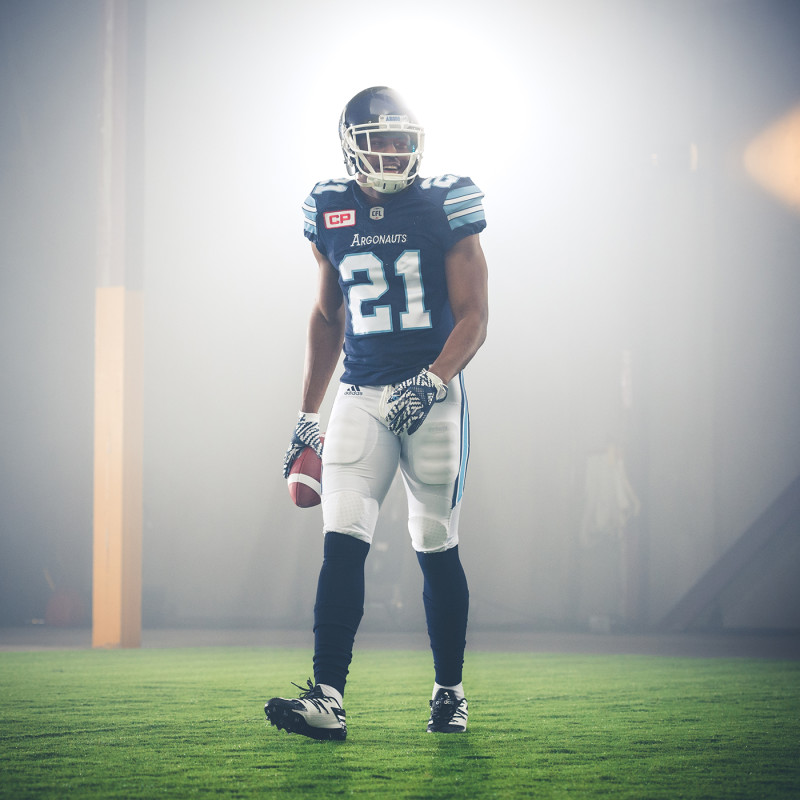 Vidal Hazelton (21) of the Toronto Argonauts during the CFL / TSN shoot in Mississauga, ON. Tuesday, April 19, 2016. (Photo: Johany Jutras)

“People don’t put enough emphasis on the skill of staying healthy,” said Argos general manager Jim Barker. “Just like film helps them run routes better and helps them be a better receiver . . . the GPS helps them understand their body better.”

With an investment from its new ownership group — Bell Canada and Maple Leaf Sports & Entertainment chair Larry Tanenbaum — Toronto hired Matt Barr this past winter as its strength and conditioning coach. Barker said Barr is the first person to hold that title on a full-time basis with the Argos.