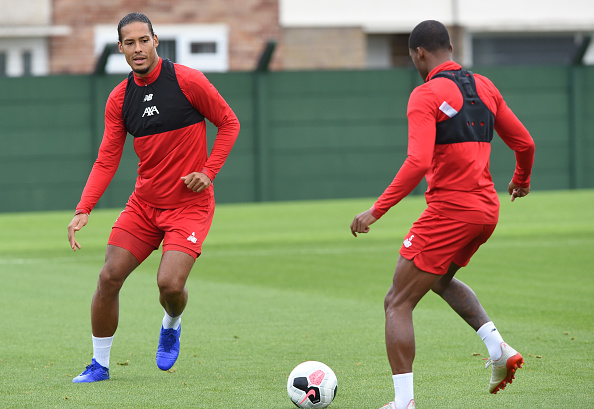 Posted at 10:06h in Soccer by Cian Carroll
Share

The glitz and glamour of 2019/20 Champions League returns to the fold next week as Europe’s biggest clubs begin the quest for continental glory.

STATSports, as ever, will be back in the mix, aiding the likes of Liverpool, Manchester City, Tottenham Hotspur, Juventus and Paris Saint Germain in their bids for the ultimate club prize.

Technically, the players are arguably better than ever. But, from UEFA’s recently released technical report, it’s the physical performances that have been getting quicker and more powerful every season.

In last season’s Champions League, players performed more than twice as many sprints over 30kmph as they did in the previous year’s competition – 697 in total compared to 307 in 2017/18.

In the 90s and early 2000s, the Premier League lagged behind their European counterparts in the sport science departments. Players simply weren’t as adept at preparing physically.

However, in the last fifteen years or so, there has been a sea-change and now England’s top flight clubs lead the way in performance analysis.

In max speeds, the top three quickest players were all from the Premier League. Man City’s Leroy Sane and Kyle Walker were second and third, clocking up speeds of 34.4kmph and 34.2kmph respectively.

Surprisingly, Liverpool’s centre-half Virgil van Dijk topped the pile with a surging burst of 34.5kmph against Barcelona at Camp Nou.

The trends certainly point towards players becoming much more powerful, with more emphasis being placed on sport science departments within clubs.

In the last decade, more progressive coaching has also led to a lot of clubs concentrating on fast, fluid styles of football. And that means players must be prepared to run faster, at greater distances.

Three of the Premier League’s stars featured in the top ten for more sprints. Liverpool’s Sadio Mane was third with 54.38, Dele Alli was fourth with 53.75, and Raheem Sterling was sixth with 51.7.

Jurgen Klopp, Mauricio Pochettino, and Pep Guardiola all demand high intensity effort from their players. And without soccer GPS trackers, sport science departments, and individuals, simply cannot optimise their bodies for such output.

Whomever wins this season’s Champions League will need to run harder, run faster, and run longer than ever before. With STATSports helping them, they’ll be ready.

To keep up with the physical demands of modern sport, and gain an edge on your competition, cop the individual tracker that our elite teams wear with our FIFA-approved Apex Athlete Series here.