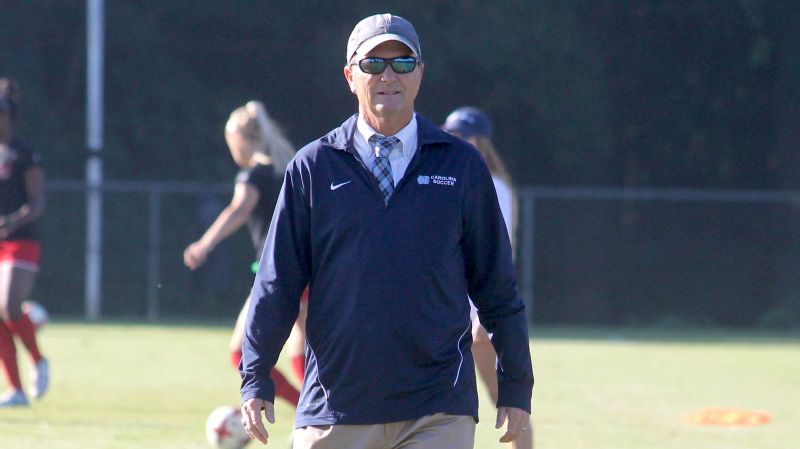 Posted at 14:34h in Soccer by Cian Carroll
Share

“If you fully want to realise your potential, you’ve got to have reality checks on a regular basis. And if you don’t have those reality checks, you’re going to have an excuse. STATSports Apex Tracker helps you eliminate that excuse.”

When Anson Dorrance – Head Coach of the University of North Carolina’s Women’s Soccer Program and one of the most successful coaches in the history of US sports – speaks, you need to listen up.

The US Soccer Hall of Fame inductee has won 21 of the last 31 NCAA Women’s Soccer Championships, also winning the inaugural 1991 Women’s World Cup with the US Women’s National Team.

In addition to that, the 67-year-old has won the NCAA Soccer Coach of the Year on eight different occasions in both the Men’s and Women’s game.

Any successful coach of that magnitude relies on many different skillsets. But a major part of Dorrance’s structure these days is sport science and the ability to monitor his squads’ athletic performance.

And, vitally, they allow Dorrance’s fitness team to carefully manage his players’ workloads and injury rehabilitation programmes so that they are in optimal condition.

“The way a player or their parent can look at this data with the Apex Athlete Series means they can see how hard they’re actually working in practice. The biggest jump for any player to the next level is the physical commitment.”

“Using STATSports has raised the level, without question, for our ability to monitor the players. The players enjoy seeing their data, and it’s easy to read,” added Rachel Klimek, Head of Analytics with UNC’s soccer program.

The Apex Athlete Series FIFA-approved GPS tracker is available to buy at shop.statsports.com