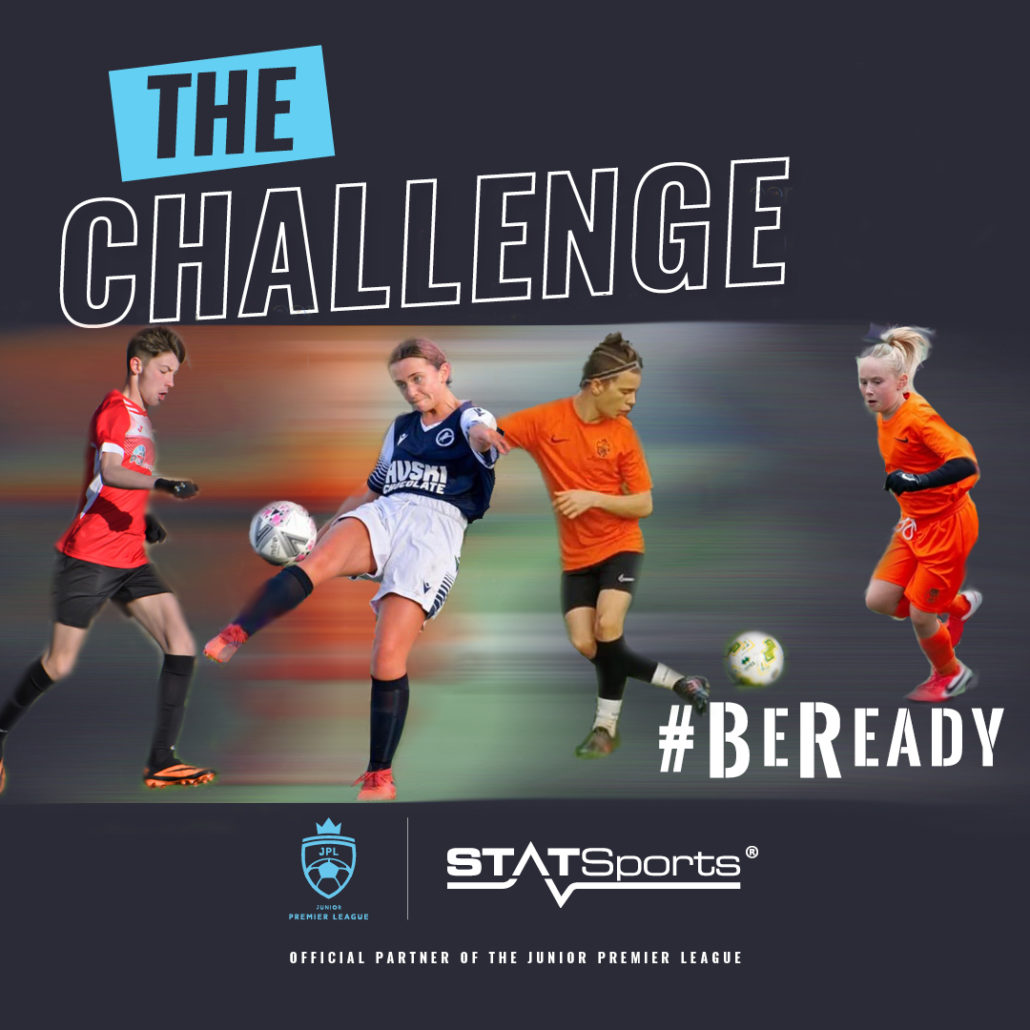 Posted at 13:33h in Soccer by Cian Carroll
Share

Overcoming obstacles and conquering challenges is as much a part of a football player’s journey as scoring goals and winning games.

The Junior Premier League – England’s biggest youth football league with up to 20,000 boys and girls players across the country – were presented with the mother of all obstacles: how do we keep our teams active?

When the winter lockdown stopped all organised group sport in its tracks, the Junior Premier League and STATSports got our heads together and hatched a plan to keep the kids going – even if it was by remote means and on an individual basis.

The quartet, using selected speed and endurance drills, had to improve performance metrics such as total distance, high speed running and max speed over four weeks. All JPL players were encouraged to join in and follow the challenges so they could level up their own game.

So who were the four stars taking part? We’re glad you asked. Here’s a little get-to-know-you with Jake, Grace, Ruby, and Ben…

Best moment playing football: Both this season. Can’t decide between playing first game for Spurs on trial or Scoring first goal for Chelsea on trial

Match day routine: Listen to music on phone whilst in the car and eat fruit Pastilles

Greatest inspiration away from football: My Family.

Pro footballer whose game is similar to yours: Heung Min Son

Week 2 of the @jpluk and @statsports challenge, loved having a ball at her feet for this one #BEREADY #PROUDAMBASSADOR pic.twitter.com/CuLA0RswfH

Best moment playing football: Scoring a hat trick for Gillingham girls rtc and getting picked by Xl academy to play in the JPL

Match day routine: Wake up, shower, travel to the game, do some stretching, then keepy ups and moving the ball round to ensure lots of touches.

Greatest Inspiration away from football: My family and friends

Pro football whose game is similar to yours: Fran Kirby or Eden Hazard

Best moment playing football: When I won the Kent league cup in 2020

Greatest inspiration away from football: My Mum, because she works so hard, to achieve her dreams.

Professional footballer whose game is similar to your: Keira Walsh

Best moment playing football: Going on tour to Holland with MK Dons and getting player of the tournament playing for the year above when I was only 8 years old.

Match day routine: Get up have breakfast – some Weetabix and banana or beans or toast and then do strength band exercises. Travel to the match. I like to listen to music through my headphones on the way.

Greatest inspiration away from football: My Great Grandad, he has always supported me and was a great man to look up to.

Pro footballer whose game is similar to yours: Trent Alexander-Arnold as he is good at getting forward and delivering the ball into the box, and also at getting back and supporting his team mates defensively.

The return of the Junior Premier League and grassroots football

All four players smashed their goals during the challenge and had lots of fun in the process. Which is good, because football is back on March 29th and we’re excited for all young players to get back doing what they love.

If you’re the Coach of a team interested in using GPS analysis to improve your squad’s performance, our Apex Coach Series is our grassroots/amateur analysis platform. You can find out more information on that here.

Our Apex Athlete Series GPS tracker is for individual players, giving you the ability to track performance and compare your stats to some of the best players in the world. You can find out more information on that here.