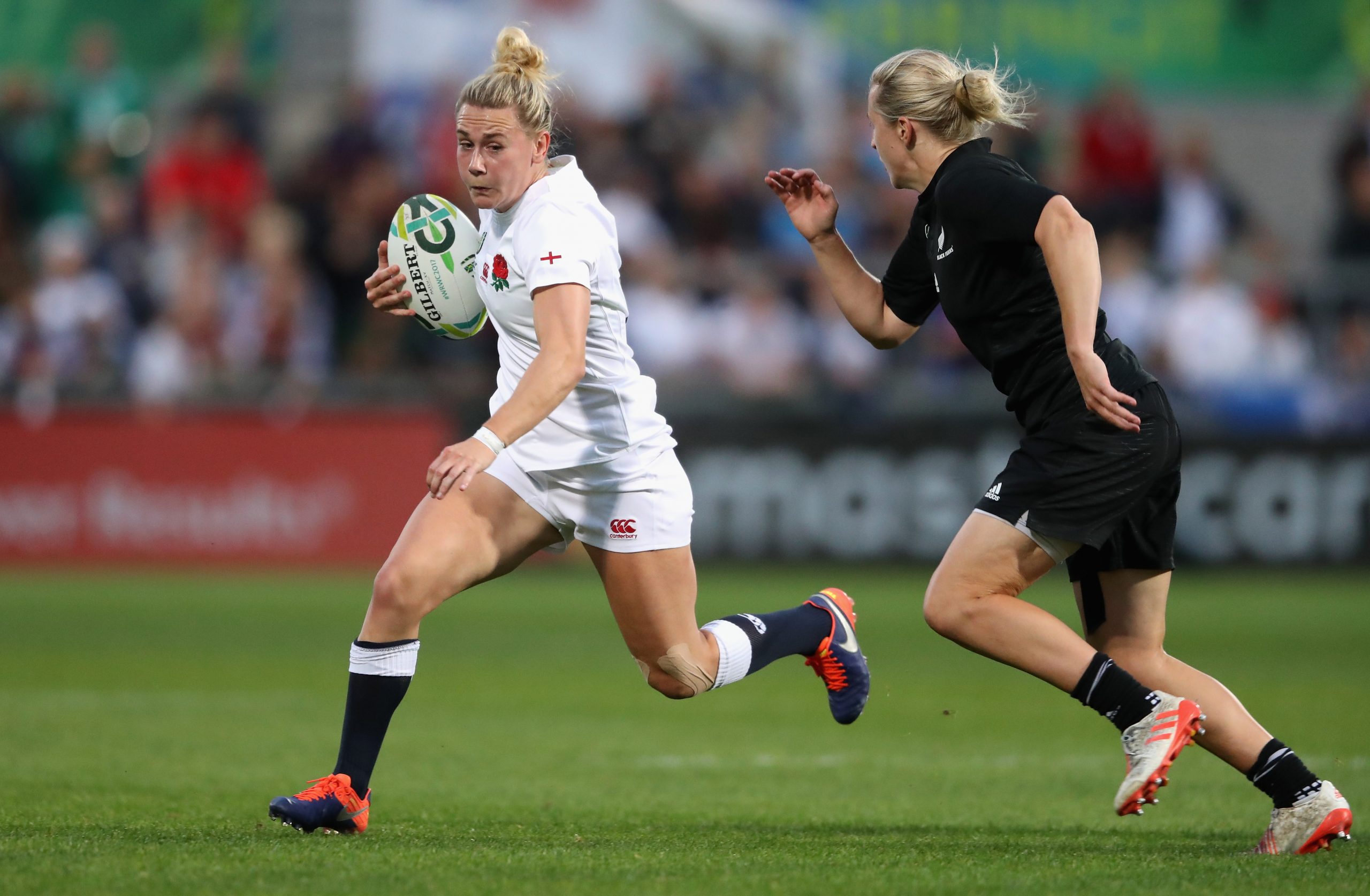 Despite its rise in popularity, little attention has been given to determining the demands of the Women’s game, especially at International Level, with only three published studies examining the activity profiles of female players during a 15-a-side rugby union game as a whole [2,3,4].

One study assessed the activity profile of a single Spanish International Match reporting a mean Total Distance of 5820m [2].

Another study examined a season of the Canadian Women’s League using time-motion video analysis [3], while the other looked at the match demands of Elite English Women’s Rugby Union [4].

However, there were limiting factors in all three studies mentioned above with the use of 5Hz GPS devices [2], limited number of players and games included [2,3], the use of male speed thresholds [4].

Therefore, the aim of this study was to determine the match demands of International Women’s Rugby Union and to report on positional differences should they exist.

All participants (n=40) were part of an international squad in this present study.

Data was obtained from players who had completed >60 minutes per game (n=7), across an international season.

All matches took place between November 2018 and March 2019 where each player wore a GNSS unit (Apex Pod, STATSports, Newry, UK) in a bespoke pocket incorporated into their player jersey on the upper thoracic spine between the scapulae to reduce movement artefacts.

The GNSS units captured data at a sampling frequency of 10Hz.

Both 1st and 2nd Half drills were created using the Sonra Live App, with halftime periods excluded from the analysis, so that data only described on-field player activity including play stoppages.

All drills were synced across post-match and data was downloaded using STATSports’ Sonra Software.

Data was then exported to Microsoft Excel for further analysis. 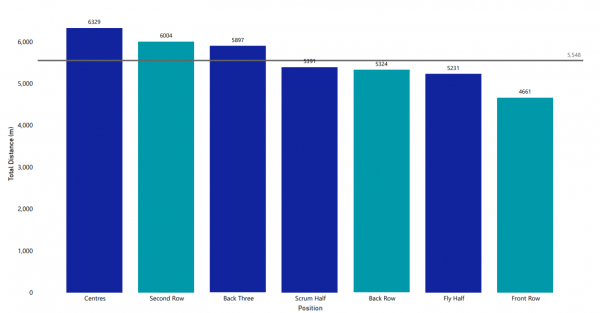 The mean distance covered during match play 5548m, with the (C) covering the most overall distance, while the (FR) covered the least amount of distance throughout the duration of the match.

Total distance can be used to quantify workload in general, however further insight must be given to the intensity/speed this distance was covered at. 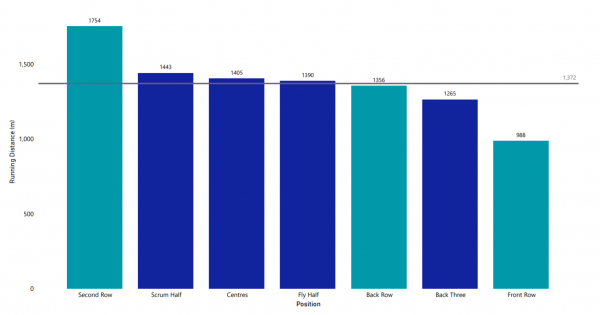 On the contrary of this, players in the (SR) covered the greatest amount of Running Distance metres, with all but the (FR) covering in and around a similar overall meterage at this speed. 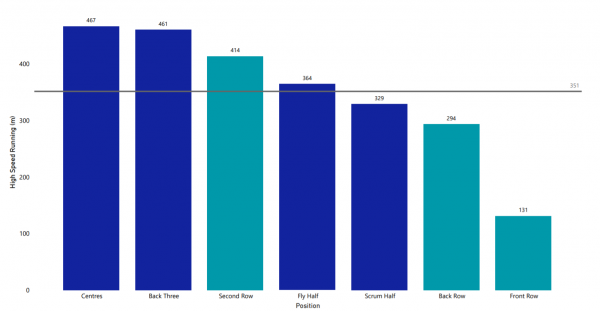 (C) and the (B3) were the highest when it came to High Speed Running metres, with again the (FR) position covering significantly lower values at this intensity. 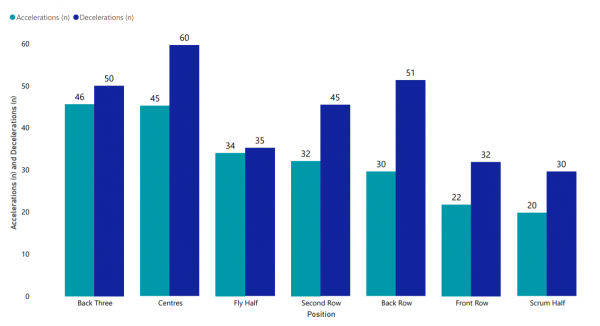 The (B3) and the (C) completed the greatest number of accelerations and decelerations throughout the game, with all positions completing more Decelerations overall.

Distance per minute is a metric used predominantly used to quantify intensity of work throughout the course of a game, with (FH) and (SH) displaying the highest values.

The (B3) displayed the highest Max Speed values in comparison to all other positions.

The purpose of this study was to present data on International Women’s Rugby Union. Despite, the implementation of female specific speed bands/thresholds no such practice was used in relation to Acceleration/Deceleration Zones, which were the same zones for their male counterparts, resulting in a more than likely under-estimation of Acceleration/Deceleration activities across all playing positions.

Amending the Acceleration/Deceleration thresholds to suit the physical capabilities of females, will give a more accurate description of the game demands for Women across these two-particular metrics.

It is important to note that all data presented is in absolute values.

Due to the difference in positional demands, the use of relative values might be more applicable to use to get a true indication of an athlete’s ability or capacity especially, in the higher speed thresholds.

A common method used within the literature when using relative values, can be based off each individual’s Max Speed.

This study presents the match demands in terms of movement characteristics and workloads performed at International Women’s Rugby Union.

The findings have application to performance staff and coaches with regards to the planning and preparation of training, while also giving them a better understanding of the different physiological demands required for each specific position.

This data will provide a reference point also for club coaches to allow the growth and development of their players and enabling them to be exposed and prepared to play at the highest level.