STATSports at Soccer Aid – Who got the better of Bolt in Max Speed? 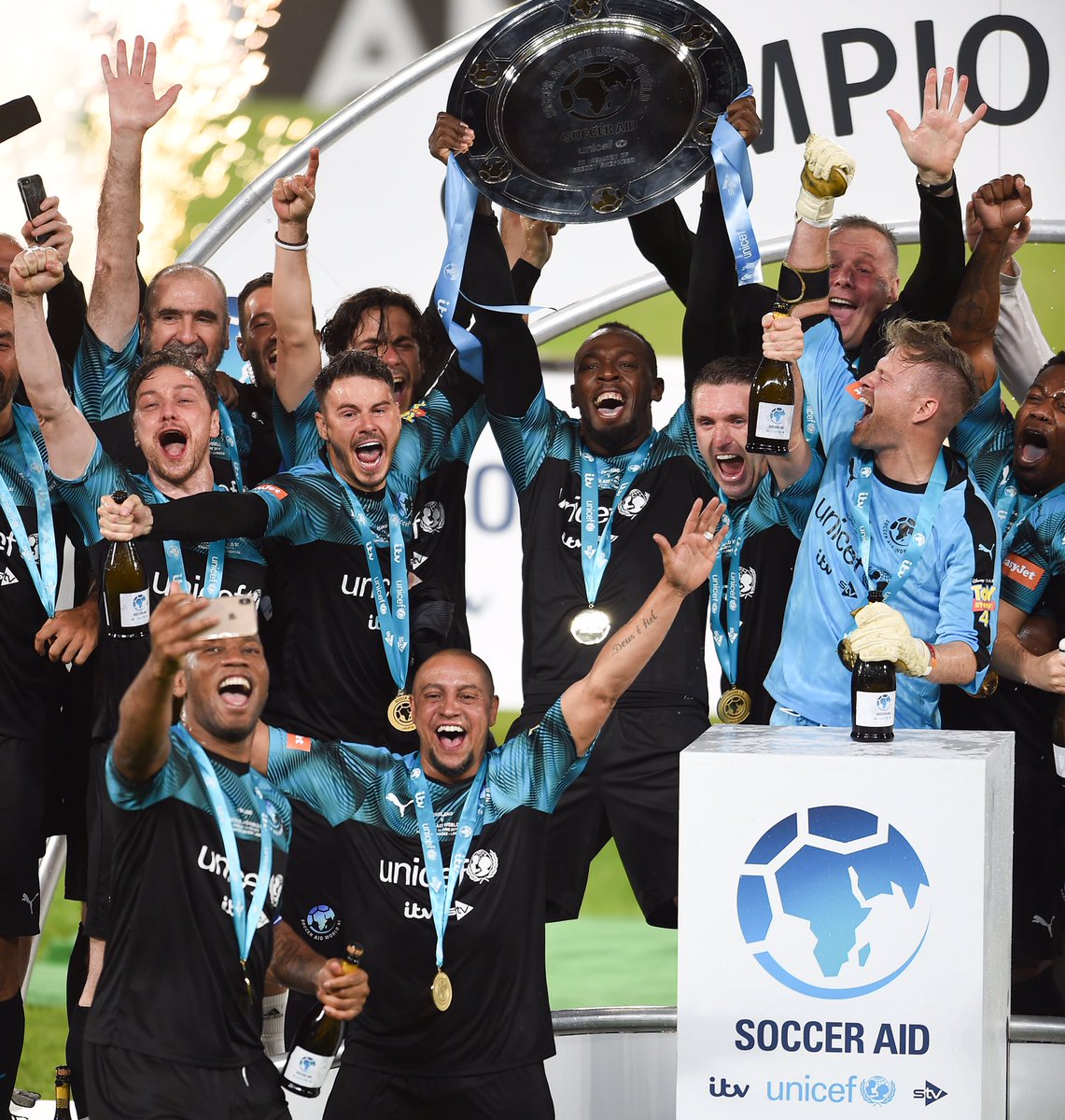 20 Jun STATSports at Soccer Aid – Who got the better of Bolt in Max Speed?

Soccer Aid 2019 lived up to its billing this year with a host of celebrities and soccer legends clashing at Stamford Bridge. Nearly £7 million was raised for UNICEF as the World XI beat England XI on penalties after a 2-2 draw.

It was a star-studded affair in West London with the likes of Usain Bolt, Didier Drogba, Eric Cantona and One Direction singer Niall Horan included for the World XI squad. While Mo Farah, John Terry, Jamie Carragher and Michael Owen were involved for the England XI.

STATSports were present throughout the three-day event, supplying soccer GPS trackers to both squads over two day’s training and match-day.

Each player was presented with our Apex Athlete Series GPS tracker, downloaded our app, and joined the Soccer Aid 2019 Leaderboard. Excitement among the group was palpable. The results over the two day’s training were impressive with some surprising and not-so-surprising results. 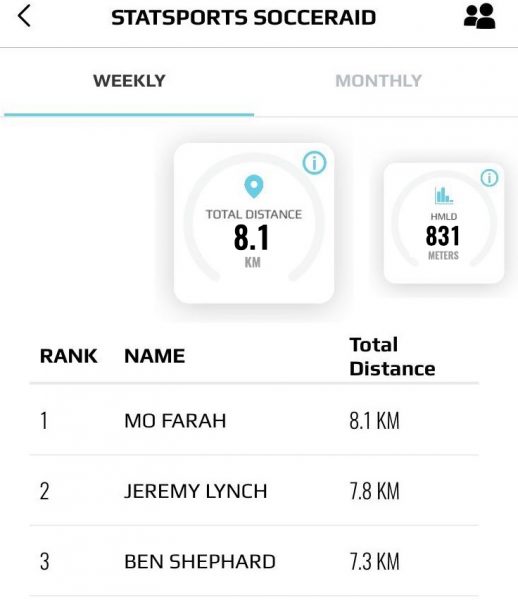 This is where the England squad really came into their own. In terms of Total Distance covered Olympic champion Mo Farah was top with 8.1km. However, F2 Freestyler Jeremy Lynch put in a serious shift and wasn’t far behind with a Total Distance of 7.8km.

ITV and Sky Sports presenter Ben Sheppard, even at 44-years-old, was no slouch either. He was joint-third with a Total Distance of 7.3km with SAS: Who Dares Wins hard man Ant Middleton and Rudimental’s DJ Locksmith.

McFly’s Danny Jones and the Bodycoach Joe Wicks were 6th and 7th respectively covering a Total Distance of 6.7km. 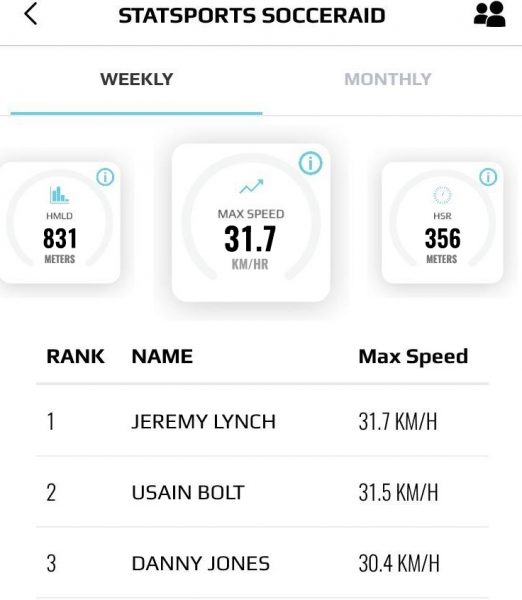 Usain Bolt may be the fastest man in history over 100m, but the Jamaican sprint king was beaten to the punch at Soccer Aid.

Jeremy Lynch, once again, was a player to be reckoned with. The former Britain’s Got Talent semi-finalists clocked a Max Speed of 31.7kmph, just edging Bolt into second at 31.5kmph.

Danny Jones was up there again, too. The Bolton native showcased his fleet footwork to a fantastic degree over the three days and finished third with a Max Speed of 30.4kmph.

With training preparations sorted, it was onto match day on Sunday. With the players all wearing our Athlete Series GPS trackers during the game, six players were chosen to go head-to-head in three separate metric categories for the first half.

Bolt may have been bettered in training, but the triple Olympic champion wasn’t to be denied this time around. With a much bigger space to work with, Bolt cracked a Max Speed of 33.8kmph, with Farah lagging well behind at 30.4kmph.

One of the most impressive players on show was former England Lionesses star Katie Chapman. The 37-year-old was everywhere. And despite Drogba dropping deep to collect the ball on several occasions, beat the Chelsea legend by a Total Distance of 4374m to 4156m.

Finally, it was a battle of the boy band stars as Jones and Horan went sprint-for-sprint. It was a case of ‘Don’t Stop Me Now’ as Jones came out on top with a whopping 23 sprints to Horan’s 8. ‘Too Much To Ask’ for the boy from Mullingar. 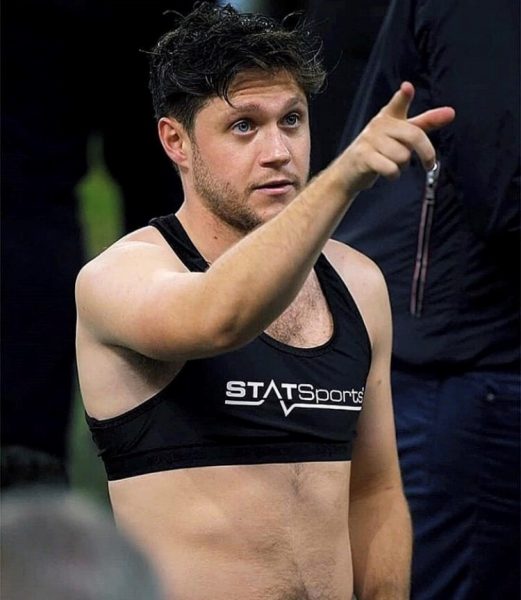 If you want to track your performance like the stars of Soccer Aid, you can get your hands on our soccer GPS tracker – Apex Athlete Series – here.