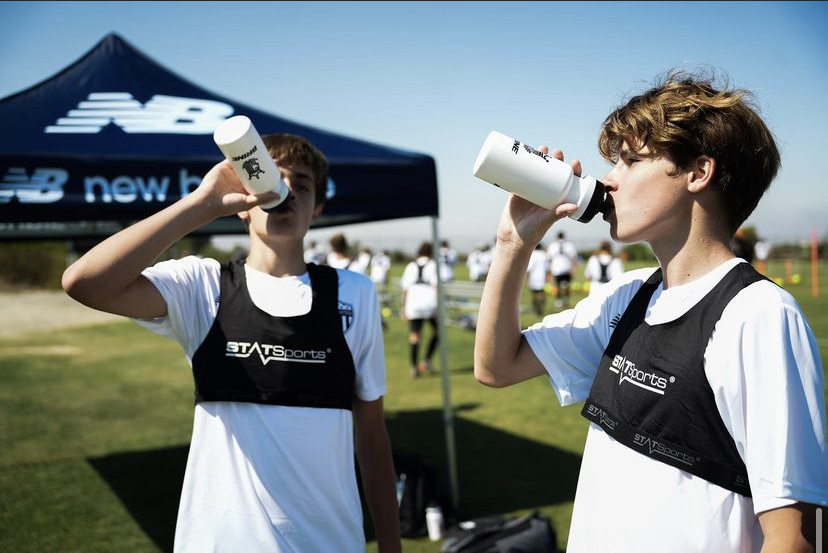 Posted at 13:15h in Soccer by Cian Carroll
Share

US Youth Soccer’s new competition Elite 64 is underway, with STATSports’ GPS tracking technology being used to great effect in the opening rounds of the league.

To increase competition and engagement, Girls and Boys teams from under-14 to under-18/19 using the GPS trackers in games are appearing on leaderboards across four separate performance metrics.

This week’s leaderboards focuses on high speed running distance (distance covered over 19.8 km/h) – a metric professional coaches and players would regularly use as a barometer of how athletic a player is. Generally, a player will cover 10-15% of their total distance in HSR metres. 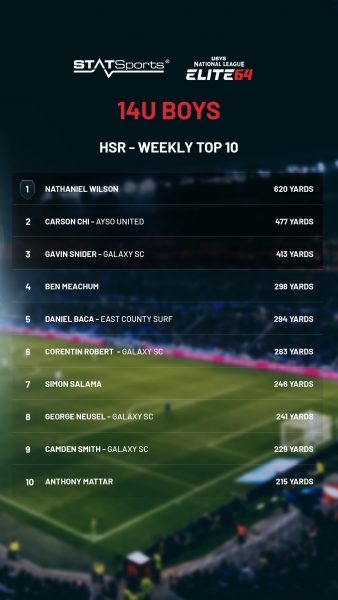 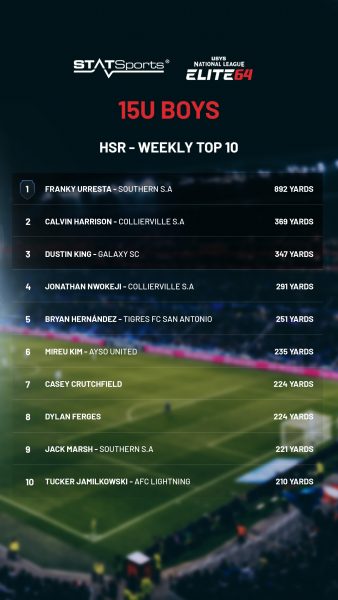 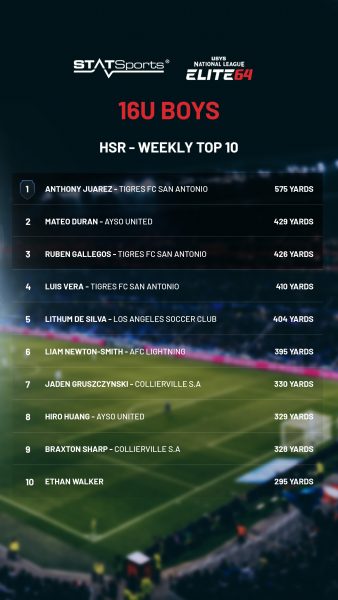 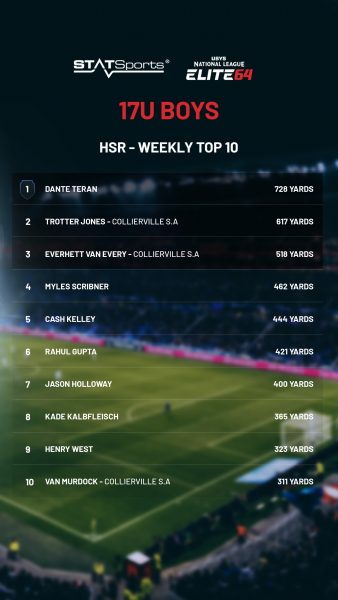 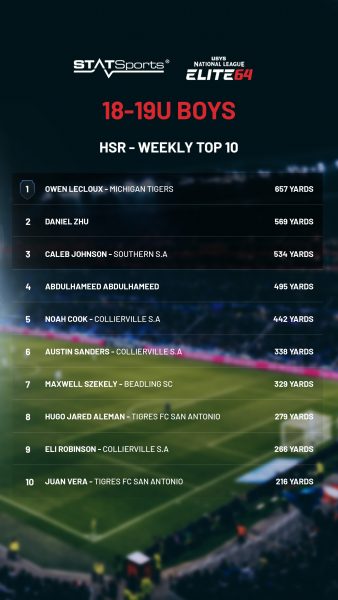 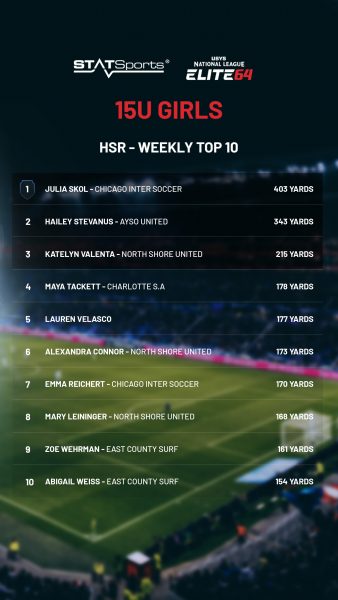 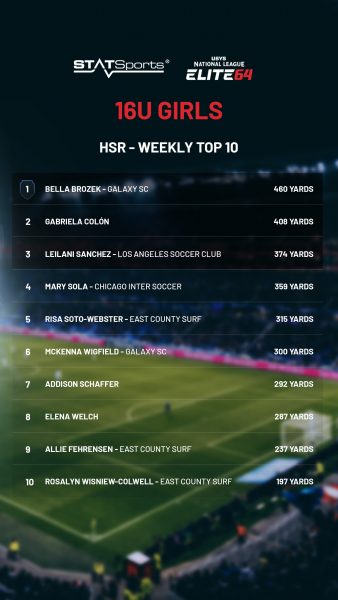 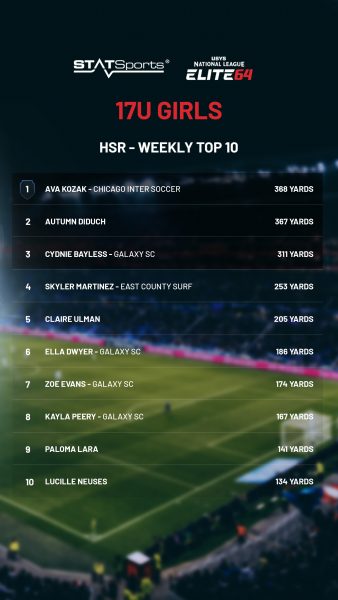 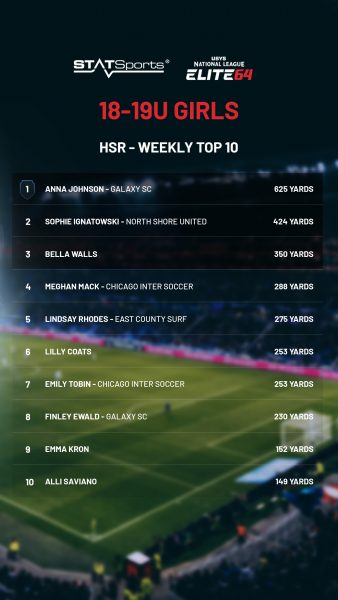