Posted at 13:22h in Soccer by Cian Carroll
Share

The 2019 Women’s World Cup kicks off this Friday in Paris with anticipation levels at fever pitch.

Women’s soccer has grown exponentially in recent years, with participation levels at an all-time high. The current holders United States begin as slight favourites. But there’s a host of teams in their slipstream waiting to take advantage of any potential slip-up.

England, France, Germany, Brazil, Sweden and Australia are all in contention with most of those sides, as well as the USWNT, using our GPS trackers to manage their squads’ fitness.

As the women’s professional game has developed, so have the players’ fitness. They’re fitter, faster and more durable than ever before. Data we have obtained from one of the major federations has shown how, just like in the men’s game, full backs are key to the modern soccer.

On average, they cover more Total Distance than any other position at 9.91km, their Max Speed is faster at 29.38kmph and they do more High-Speed Running at 638.25m.

Of the current World Cup-bound stars, England’s Lucy Bronze and the USWNT’s Tierna Davidson are ones to watch. Bronze, Champions League winner with Lyon, possesses all the qualities mentioned previously. Tough in the tackle and rapid across the turf, England Head Coach Phil Neville will be banking on Bronze’s class to shine through.

Davidson is one of the rising stars of the USWNT. The 20-year-old ace was drafted first overall by the Chicago Red Stars at the tail-end of 2018 and has suitably impressed with the Women’s National senior team.

Maybe unsurprisingly, wingers aren’t far off the full-backs’ pace when it comes to the same metrics. In fact, the maximum top speed for a winger surpasses that of the full back at 31.43kmph.

At maximum levels, wingers also do nearly double the amount of High-Speed Running of a full back at 605.60m. 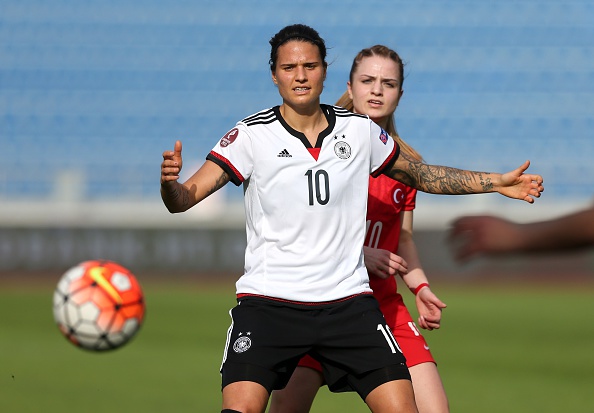 The USWNT’s Tobin Heath is arguably the best winger in the women’s game. The Portland Thorns star, despite being 31-years-old, is still one of the most rapid players about.

Germany’s Dzsenifer Marozsán is another one to keep an eye on. Less about pace and more about skill and trickery, the Lyon ace will be her nation’s talis-woman.

If there’s anything that sums up the striking department, it’s High Metabolic Load Distance – or HMLD. Essentially, this metric explains the intensity with which a player is working.

Players who don’t get into high speed running zones because of covering short, sharp distances are given credit in their HML score because the intensity of the work can be just as great. 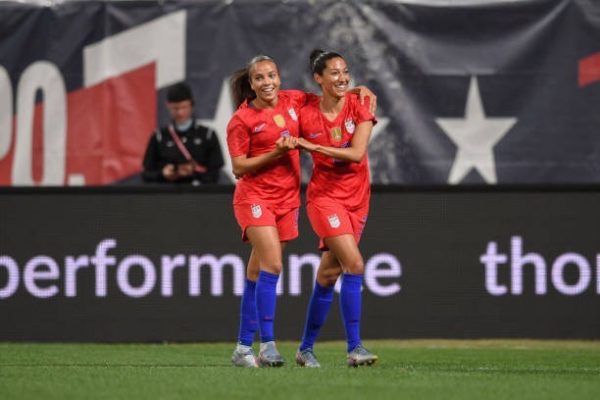 A forward’s max HMLD is 1745.18, second only to a Central Midfielder at 1770.41. Of the attacking stars at the World Cup, keep a keen eye on the likes of the USWNT’s Mal Pugh – STATSports ambassador – England’s Nikita Parris, and Australia’s Samantha Kerr.

Pugh, in particular, is one of the rising sport stars in the US. And although Alex Morgan is still the USWNT’s star striker, Pugh could be the breakout star of this summer’s World Cup.

Do you want to track your performance like the stars of the WWC? Get your hands on your very own Soccer GPS tracker here.